Copied and pasted from

This series of articles is inspired by the workshops given by my first teachers of Tantra- Mihal and Edyta from Poland, who I met during the European Rainbow Gathering in Greece and who led me with care and love through a deep and transforming exploration of my sexual energy. You can read more about their workshops in Amsterdam on their website.

The tantra dancing workshop began with a short explanation about female energy, given by Edyta and Mihal, which succeeded to get me excited and curious to stay till the end and participate fully. I had read about tantra before and I was definitely interested, yet there was some slight discomfort caused by my not knowing what is to follow. Exactly the feeling to make me thank for this opportunity and go for it.

After we brought the musicians and Mihal asked everyone to stay until the end so that the energy is not broken by someone’s leaving, we formed two circles- the outer one was Shiva’s circle or the circle of the men. Inside the bigger one, Shakti’s circle was formed by women holding hands together.

With the start of the music Shaktis started to move and gather their energy, helping each other accumulate the strong creative power needed for the ritual. Shakti is a personification for the sacred feminine sexuality, fertility, empowerment. I started dancing slowly, feeling the rush of blood into my face, calming myself through breathing. I had just arrived at the Rainbow gathering so I knew nobody except for my two friends right there on the outer circle, but I refused the idea of caring about it in a way different by simply being happy that we are all going through something we have never even thought of.

As the other women and I danced gracefully in the circle looking at each other, Mihal told us to pay respect to the Shivas- the man in the outer circle whom we had to greet by dancing to them as they watched us holding on each other. There were some 20-year-old boys, men with different eyes, different height and presence that held different intensity, some folks in their sixties, or who knows- may be even older…

At first I felt like a little girl, scared to look in their eyes, naked in the lack of confidence in my moves. With the time I got to use it as my power, as I gave the floor to my Mohini energy- the flirtiness and playfulness of the little girl that men can see as they look at me, combined with the strong will, growing desire and delayed, for the sake of prolonging the happening of the inevitable, action of the woman that I have grown to be. Kali’s presence in me is always to be found in my calm, but strong desire to torture in the sweetest way of all or even stop it all, just like that.

As I moved from partner to partner I tried to hide my discomfort by looking directly into their eyes and searching for signs. Some men were just as uneasy as I was, If not more, yet there was pleasure in the way they were breaking the eye contact, swallowing and then looking again the moves of the women dancing for them inspired by the sacredness of the ritual. Praising them as gods and celebrating their male power and energy, not because they knew them but for their simply Being.

There was a boy I had seen earlier which looked as someone I had met before on last year’s Rainbow, so I made a steep turn and went to dance for him. It was а deep, dense emotion I was floating into. He was beautiful and attractive as hell and he was almost naked dressed only in his boxers. As our eyes met, my lips were trembling and I was both trying to stiffen my body and keep dancing softly, but I was losing my breath so I turned my back and went to one of the oldest men- somehow feeling more secure dancing for him as if I weren’t still dancing for a man…

Later I went back to Gaal, as I got to know he was called after, sinking into the everything-but-hidden erotica of pushing my body into his, touching him, creating and destroying distance between us. It was a deep, profound experience which spinned my head.

When Mihal told Shivas to dance for us and with us, it was an explosion of wild, unrestrained, orgiastic movement. Shiva- the “Destroyer” and “Transformer”- was awakened in each body ready to present himself in all his might. A part of me was protesting as I was willingly letting myself be shifted by his hands, my body moving as weightless. The male energy I have come to exercise readily because of the usual passiveness of men was surrendering.

In the next part we had to change partners again and hold each other in Shiva and Shakti pose. My first partner was Paul- a man in his thirties who very much reminded me of the centaur of Narnia, who had a deep, healing gaze you could surrender into. His touch was soft and ours was a slow, magic dance of secrets shared through the breath, through the touch of the skin and the intention to give all your love and tenderness to this creature of heaven staring back at you, transforming into you for a moment and then releasing the energy so that it can heal not only us two, but the whole world.

As I moved one person to the left, I faced Kaloyan. I wanted to share this with him as I saw he was observing without having a partner. As I sat on his lap, I felt his body was tense. At first I tought I have to be more active to balance, but then I let go and we just holded each other and felt each other’s pulse, and touched almost without touching.

My next partner was may be one of the oldest guys in the group. I felt akward, yet it was a profound experience of opening. Had I ever tought I could share any possible physical proximity with a man at this age other than helping someone cross the street or give them a kiss on the cheek? Clearly not. But this men with his looong beard and elderly skin was not touching or moving as an old man. There was passion and spirit in his every heartbeat.

In the end partners should dance together, so I sat on the ground next to Martin feeling dizzy. Gaal looked at me and invited me with his gaze, so I went back to him for the most sexually and energetically stimulating dance I have experienced.

We closed the ceremony with a group hug.

Want to join the discussion?
Feel free to contribute!

This site uses Akismet to reduce spam. Learn how your comment data is processed. 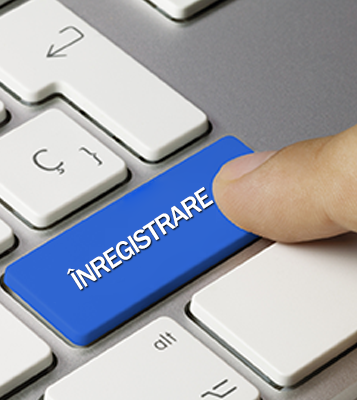